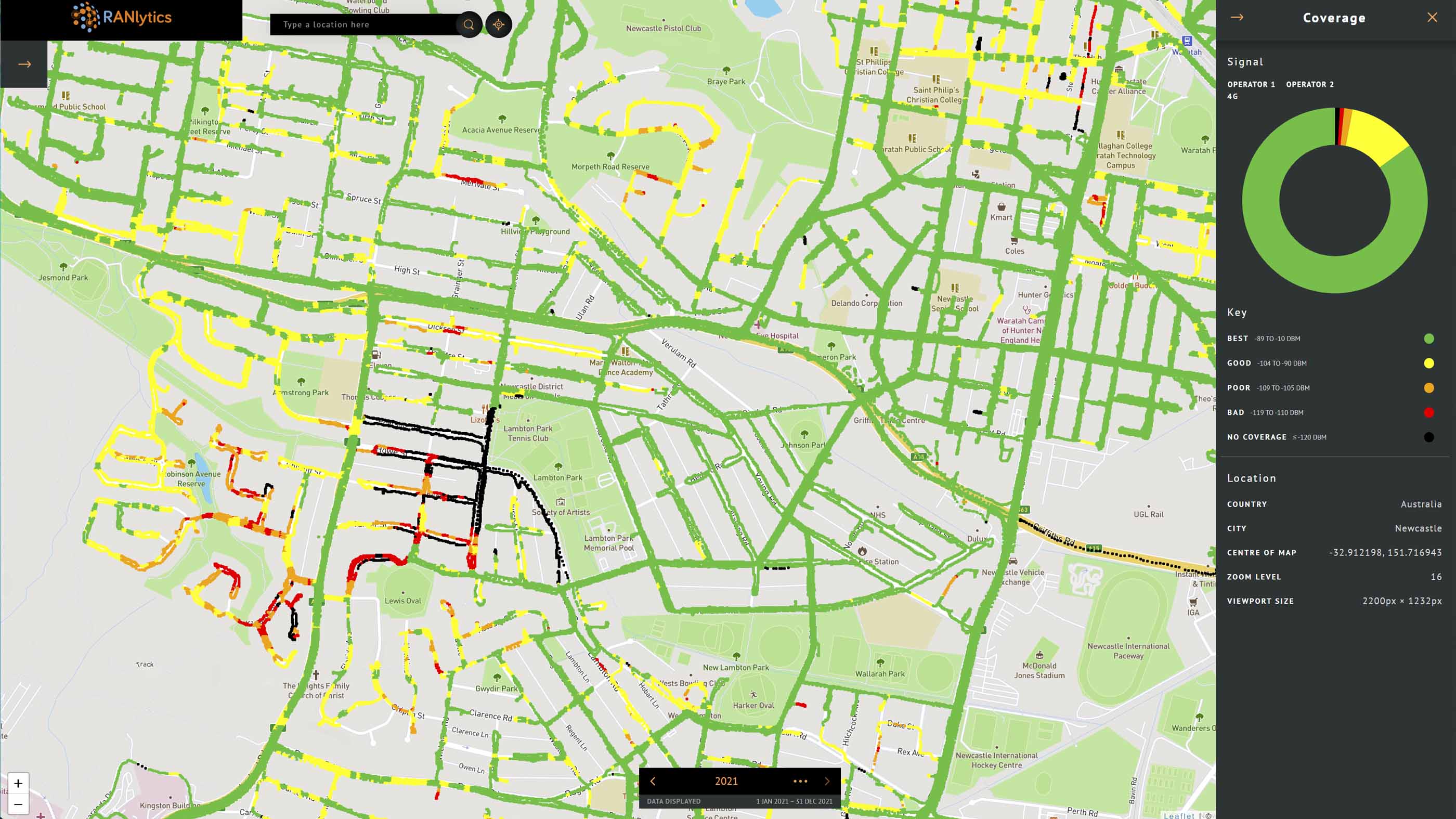 All Telstra, Optus and Vodafone 3G and 4G RF bands are now being measured daily on many streets in central Newcastle, and in the area ranging from Fletcher in the west, to Redhead in the south.  Mobile coverage and quality is also being measured on highways linking Newcastle to Sydney, Tamworth and Coffs Harbour.

This revolutionary approach is providing the most detailed and extensive insights into mobile network coverage ever seen in Australia, or anywhere else in the world.

The information is also accessible in a simplified form via an intuitive map-based web browser interface to organisations other than telcos – including government agencies and commercial organisations – that are interested in understanding mobile network coverage, and to people without engineering or telecommunications knowledge or skills.

Measurement of 5G networks will commence in January, and of emergency services radio networks – including those used by police, ambulance, rural and country fire services and other agencies – in March 2020.

With commercialisation of the data and analytics service Ranlytics plans to progressively deploy the network measurement capability across Australia-wide logistics fleets. The ultimate goal is to continuously measure network coverage and quality on every road, and on every street, in every town and city in the country.

“Mobile and emergency services radio networks are very dynamic, and coverage and quality can vary significantly from week to week and over distances as small as 2 metres.

The only way to truly understand how each network is performing at any location is to physically measure it at that location.  And that has to be done frequently given the extent to which these networks are constantly changing.

But making these detailed measurements over large areas has been a challenge for mobile operators globally since the mid-1990’s, and it’s been impossible for any mobile operator to measure coverage in every street.

Today, like their peers globally, Australian mobile operators interpolate – or guess – what coverage is across most of the country.  The many black holes and coverage issues that we all experience day to day are the result.  Knowing where these blackspots are is the first step in fixing them.

By partnering with logistics providers, we’re revolutionising radio network measurement with engineering grade data collected regularly in most streets.  That eliminates the guesswork and means that our data is significantly better than any alternative, including crowd-sourced data.  It satisfies the needs of the engineers who are designing, optimising and maintaining these complex networks.

With the rapid growth in IoT, sensor networks, factory & farm automation, autonomous vehicles and the like – all of which rely on high-quality mobile network coverage – understanding and assuring network coverage is becoming increasingly critical.

We’re thrilled to now be in commercial discussions with a number of customers here in Australia for this data service, and to be finalising deployment plans in Europe and the US.”